Portugal is a beautiful country situated on southwestern Europe’s Iberian Peninsula. It is bordered by Spain to the north and the east, and the country is surrounded by the Atlantic Ocean on all other sides. In addition to mainland Portugal, the Azores and Madeira, two archipelagos located in the Atlantic ocean, are autonomous Portuguese territories. Over 27 million people visit Portugal each year to take in the sights and enjoy the culture that this stunning country has to offer.

The sun-heavy beaches like Nazaré, where people come from all over to surf some of the biggest waves in the world, and picturesque towns like Sintra, which is filled with castles, are several of this country’s main attractions. Not only is Portugal a feast for the eyes, but it’s also a feast for all of the senses! Known for its Vinho Verde (Portuguese for “green wine”) and world-renowned cuisine, Portugal is a gem of a country in many different ways. If you’re looking for a change of pace and want to experience life in a country with gorgeous, sunny coasts and stunning landscapes, then check out Atlas® International’s Portugal Moving Guide.

Moving from the US to Portugal

Why are Americans moving to Portugal? Many choose to retire to this warm country because of its pleasant climate and low cost of living. On average, the cost of living in Portugal is around 42% less than it is to live in the United States of America, and the healthcare system is more affordable, making it an attractive option for those in their older age who might be living on a fixed income. Other people might make the move for the change in culture, as the way of life in Portugal is generally slower and more relaxed than that of the United States.

Another perk of living in Portugal is that there is no shortage of gorgeous places to visit. The town of Sintra, located a mere 40 minutes from the capital city of Lisbon, is an impressive, metaphorical patchwork quilt of architectural styles over the ages. Each of Sintra’s rolling hills hides delights like castles, palaces, and other exciting finds.

The Pena Palace is one of the most famous places in Sintra due to its colorful walls, though the Quinta da Regaleira is also high on the list for its Knights of the Templar initiation well that thrills its visitors.

If you can’t make it out to Sintra, the sights in other areas of Portugal are just as magical. In Porto, the colorful houses and blue waters beg visitors to slow down and enjoy life for a moment. The city is quite large with a small-town feel, and it is where port wine gets its name from. Porto is also home to the pork-free alheira sausages, which are considered one of the city’s favorite foods. No matter your interests or tastes, there’s sure to be a place for you in Portugal!

The climate in Portugal is temperate, with cooler temperatures in the north and warmer temperatures as you move south. The level of precipitation also varies on the region, with the north being wetter and cloudier than the southern parts of Portugal. Winters are quite mild in Portugal, with temperatures generally sitting at around 50 degrees Fahrenheit for the season. In the summers, the weather usually stays in the 70s and 80s, with the exception of heat waves that can hike temperatures into the 90s and 100s.

Where to Live in Portugal

Thinking of relocating to Portugal? Here are some popular locations for ex-pats:

Lisbon is the capital of Portugal and its most populous city. If the city’s modern-day presence is impressive (and it is), its history is downright formidable: In 1755, Lisbon was almost entirely wiped from existence after an earthquake, which has been estimated to have had a magnitude of 7.7, hit the city. The force of the earthquake tore apart buildings, including the Carmo Church, and triggered a tsunami. These natural disasters knocked over the candles that had been burning in every window for the celebration of All Saints’ Day, creating a firestorm in the city that raged for hours. When it was all over, 15-20% of Lisbon’s entire population had been killed, and 85% of the buildings had been destroyed; however, the people of Lisbon would go on to rebuild the city, which would continue to grow into the gorgeous place that it is today. From the Belém Tower to the Castelo de Sao George, Lisbon is a gorgeous city waiting to be discovered. If you are moving to Lisbon from the United States, you will likely run into the need for overseas shipping and specialized movers who are familiar with customs and import regulations. 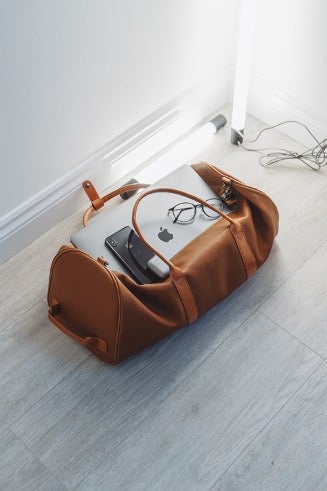 Resources for Moving to Portugal

Thinking of moving from the US to Portugal? Check out our detailed customs guide for international relocation tips including household goods importing, restricted and prohibited items, moving pets, importing vehicles, and documentation you will need.

Whether you’re just getting started planning your move to Portugal or you already have everything in order, Atlas® International is here to help with any stage in the process. We can assist with physical moving needs and common moving questions such as import regulations or how to apply for a visa. Our internationally accredited moving team is seasoned with over 50 years of experience, and we have locations in 17 countries across the globe, meaning that you’re supported in your move no matter where you start or end.

Ready to get started? Get in touch with an Atlas® International moving expert and begin planning your move today. Give us a call at 206-526-1137 or contact us to receive personalized advice on beginning your move to Portugal.